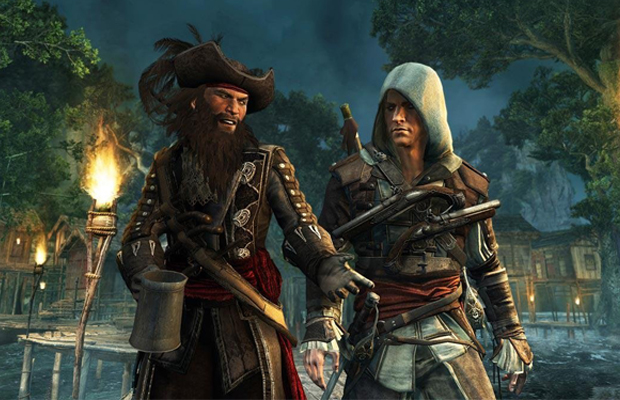 Ubisoft is clearly taking a different approach with the latest Assassin’s Creed game, bringing the adventures across the high seas and giving us a glimpse of the pirate life in Assassin’s Creed 4: Black Flag. The game is set to tell the legendary stories of pirates such as Benjamin Hornigold, Calico Jack, Charles Vane and Blackbeard as they rule the treacherous high seas.

Building on the game’s hype, the publisher has just launched a new Black Flag trailer suggesting the title will focus on telling true pirate stories. The preview takes us deep into the 18th Century where Edward Kenway, a young British man with a appetite for danger and adventure, takes on the role of a fierce pirate who soon finds himself caught in the ancient war between Assassins and Templars.