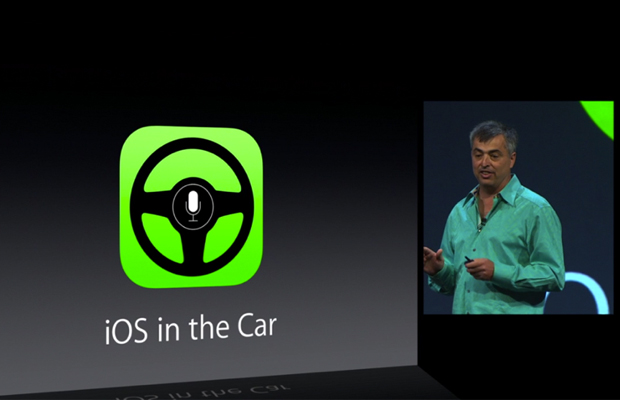 Apple made some noise when it announced “iOS in the Car” a year ago. Now the biggest tech company in the world is ready to jump into the auto lane, with the Financial Times reporting it will announce launch partners for the in-car system at the Geneva Motor Show 2014. The three main parties involved will be Ferrari, Mercedes-Benz, and Volvo.

The technology is said to utilize Apple Maps for Navigation on the car’s in-dash screen, while offering a number of multimedia features including movies, music, Siri, and call/text messaging.

The technology group will next week launch its first in-car operating system with Ferrari, Mercedes-Benz and Volvo as it attempts to take the lead in a fierce race to dominate tomorrow’s smart cars. […]

The deal marks the first time that Apple is embedding its software in devices other than its own branded products. The choice of the Ferrari, Volvo and Mercedes-Benz is seen to be in keeping with the US tech group’s high-end phones.

With the new infotainment system being an essential part of Apple’s ecosystem, we can expect Apple’s push to be much stronger after its Geneva debut with a number of other partners already in talks to tackle the technology. That list includes Honda, Nissan, Chevrolet, Hyundai, and more. Though with previous reports suggesting “iOS in the Car” is plagued with organizational issues, it’s unknown when we’ll see an official launch.