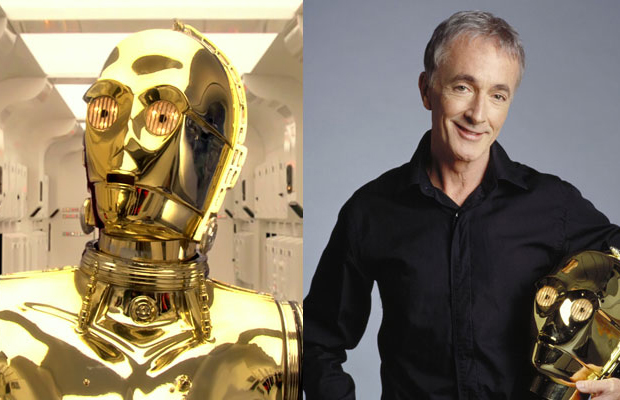 In a recent interview with Entertainment Weekly, actor Anthony Daniels spoke about taking on his role of C-3PO once again in the upcoming Star Wars: Episode VII. According to Daniels, he received a call from director JJ Abrams, during which he was asked, “Would you be interested in being in the film doing just the voice?” Daniels responded with a simple, “No”.

Apparently Abrams expected this response, as Daniels emphasized that as an actor, he wanted to ensure that Abrams and the rest of the crew would maintain the integrity of the character on screen. In the interview, Daniels mentioned that in his opinion, CG work does not look as good as an audience member. He said that he sits there thinking to himself, “No, he does not move like that”, and the use of CG ultimately detracts from the overall composition of the film.

Fans can look forward to seeing a “real” C-3PO as Daniels once again dons the tin suit in Star Wars: Episode VII to represent a more realistic representation of the bot on screen.