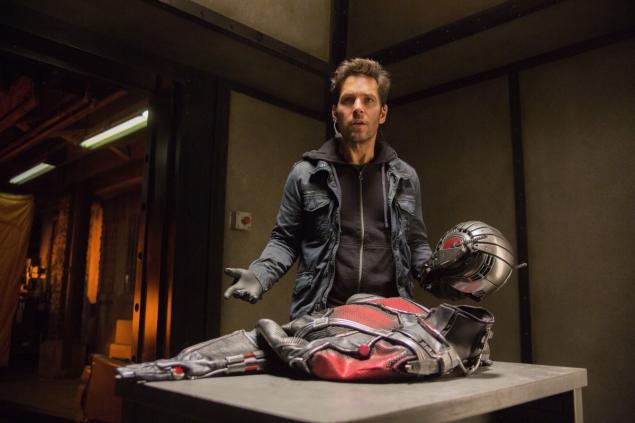 Antman has been causing quite a stir in the MCU (Marvel cinematic universe) and dropping major spoilers since the film debut. The film follows Scott Lang/Antman (Paul Rudd) but the real gem was for those who stuck around post-credits and witnessed the Captain America crossover. According to Cinemablend, Falcon (the fighter of Antman) took the captain to a shady location where his good friend Bucky Barnes was being held.

The important thing to take from this scene is the winter soldier’s arm that appears to be trapped. We don’t know how or why he was there but Antman may be of service. Sebastian Stan (Bucky Barnes) told Buzzfeed, “I think [what Bucky was caught in was] more of a vise. But it would never happen at his own hand, by his own doing.” He proceeded to say he has read fan theories of what is happening in the scene but gave a word of caution to not be fooled by things on the surface. It’ll be amazing to see how this plays when Civil War is released May 6, 2016.