Another ‘Star Wars’ Spinoff in the Works About A Group of “Pirates”? 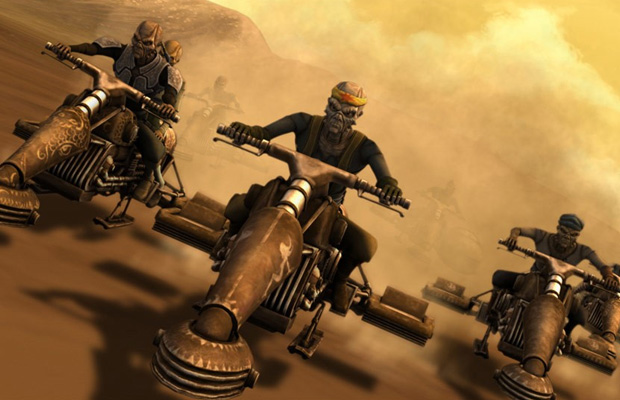 Boba Fett, Han Solo, and Obi-Wan Kenobi spin-offs are supposedly in the works, with Disney looking to milk the Star Wars in every way possible. As the studio gears up for its heavy promotional run for the holiday 2015 released Episode VII: The Force Awakens, more rumors of several of spinoffs titles continue to hit the Net. The latest revolves around a team of bounty hunters hired by the Rebels to steal data on the first Death Star, which would lead into the creation of the Millennium Falcon–a facto that could result in a second movie.

B.A.D. claims sources indicate the film: “is about a group of ‘pirates’ as opposed to ‘bounty hunters’ that could include a young Mr. Solo.” Sounds interesting, especially since the latest talks of Breaking Bad star Aaron Paul possibly being involved in the Han Solo film. Sounds like the studio is really gunning for a Guardians of the Galaxy-esque film if you ask us. Expect more details to surface online regarding Disney’s plans behind the Star Wars franchise as we head into Episode VII’s release on December 18, 2015.