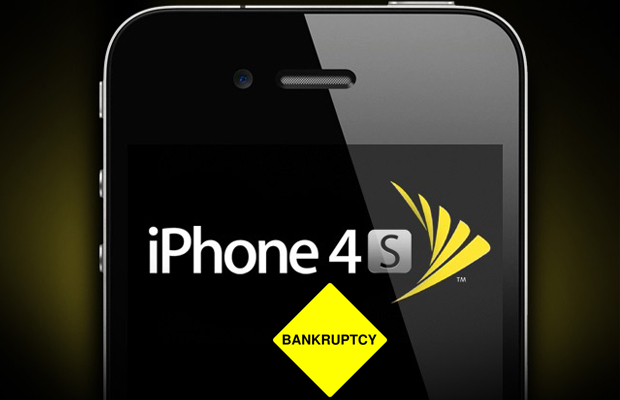 Sprint’s made a name for itself by indulging in huge gambles and bold decisions over the past decade. Its latest decision to spend over $15 billion on bringing Apple’s next-gen iPhone serves as its biggest blunder thus far, with the company agreeing to give $20 billion over the next four years to secure all rights to the device. However, Bernstein analyst Craig Moffett believes Sprint COULD close its doors if Apple releases an LTE iPhone by late 2012:

“To be clear, we are not predicting a Sprint bankruptcy. We are merely acknowledging that it is a very legitimate risk. And notwithstanding a recent rally in Sprint shares, we believe that risk is rising… increased competition, growing debt and steep costs, with flops in Clearwire’s WiMAX technology, a failed LightSquared partnership and a risky $15.5 bilion gamble on Apple’s iPhone.”

Sprint does have its LTE network launching sometime this year, but with AT&T and Verizon having already established there high-speed presence on the market, the Now Network could be too late.

On the other hand, Pacific Crest analyst Steve Clement believes Sprint could still release an LTE iPhone and stay in business: “They risk they could go bankrupt has gone up but that’s a very very low risk…it’s a decent bet they can pull it off.

Do you see Sprint lasting past this year, closing shop in early 2013, or become a property by Google?