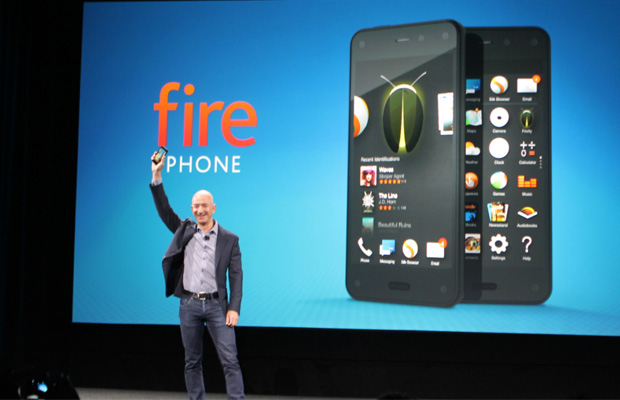 Amazon has revolutionized how we shop, as well as access and read books. I’s made strong showings in media streaming too. So why wouldn’t a smartphone be the next big step? Well, to no surprise, the Fire Phone has underwhelmed in a crowded market, and now is hitting the pocketbooks of the executives at Amazon.

In a market where Apple is the only company consistently making a profit, even leader Samsung is having troubles. The Amazon Fire Phone failed to wow much of anyone. Touting a unique display able to provide 3D images, and the ability to scan certain products for easier purchasing, even AT&T promised a flagship slot in its stores, but Amazon is reporting a whopping $170 million dollar loss on the phones. The company is also reporting a Q3 loss of $437 million, falling well shy of Wall Street expectations.

First released in July, Amazon’s first smartphone foray was aligned with AT&T only, which put it at a disadvantage when most other major phone releases hit multiple carriers. The phone quickly went from $200 with a new contract down to $0.99 within just a few months. It may be easy to place blame on why the phone failed, but “There are a lot of reasons it failed, but the key is that Amazon provided no good reason for consumers to buy it,” said Avi Greengart, an analyst for Current Analysis.

Will Amazon try again, and how will Amazon handle the reported $83 million dollars of inventory remains to be scene, but where there is smoke there is fire.