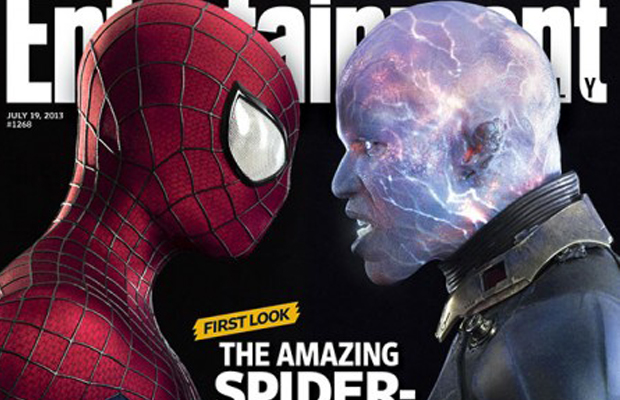 San Diego Comic-Con 2013 is just around the corner and Entertainment Weekly is giving Spidey fanboys a special look at the upcoming Amazing Spider-Man 2 in its latest issue, which also provides previews to other Comic-Con favorites like Carrie and Orphan Black. The front cover features Spider-Man facing off against a CGI-heavy Electro, played by Oscar-winner Jaime Foxx. We also get a quick look at actor Dane DeHaan (Chronicle) suited up as Harry Osborn in the issue, as he takes a stroll with frenemy Peter Parker (Andrew Garfield). We can expect more news come next Friday when Sony preps it’s Amazing Spider-Man 2 panel in Hall H.

Until then, look over the full EW cover below and extra screenshot. 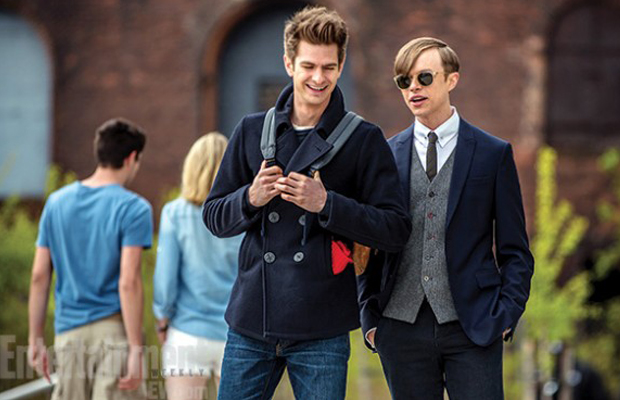 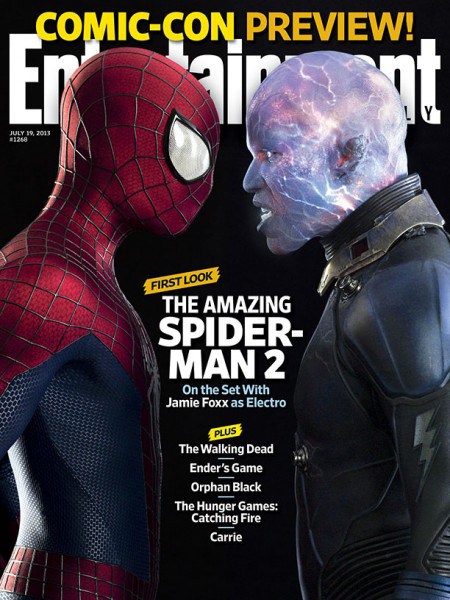