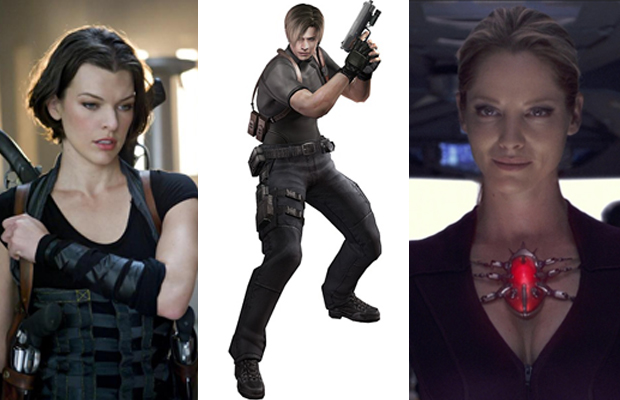 It was just one day ago when we heard that Sienna Guillory was signed on to return for the fifth Resident Evil film, Retribution. Now it looks like Screen Gems is looking to replace the actress, as well as add two new characters to the film series: S.T.A.R.S. Alpha Team member Barry Burton and RE4 badass Leon Kennedy. Interesting choices. Bloody-Disgusting also confirms that franchise star Mila Jovovich will indeed return, along with husband and series helmer Paul W.S. Anderson. We’re curious to see who gets cast as Burton and Kennedy. Any suggestions?