AirType Keyboard Concept Might Be What We’ve Been Waiting For 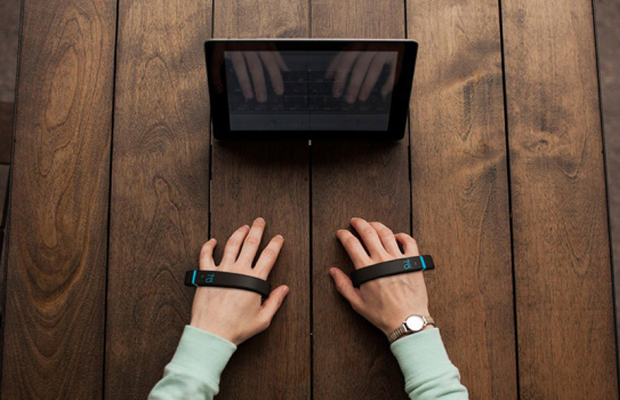 Innovation over the last century has proved to be tremendous: we invented computers, the Internet, cell phones…the works. Our day-to-day devices would be unrecognizable to somebody living in the early 1920s. That is, of course, except for the keyboard.

Yes, we still type the way we did over 100 years ago. Sure, we’ve updated the keyboard a bit, but today’s button-pressing system is pretty damn similar to the typewriter, now considerably outdated. This is funny, because the biggest holdup in the race to minimize bulk is the keyboard – even touch screen typing hasn’t proved its convenience, still perpetuating the ever-annoying typo.

A new startup called AirType seeks to revolutionize the keyboard, once and for all. They hope to remove the keyboard entirely, and replace the device with two bands, positioned around the user’s fingers. With AirType, people can go through the motions without pressing any bulky buttons. This new system has the potential to change the way we use our devices entirely. Unfortunately, AirType is still just a prototype.