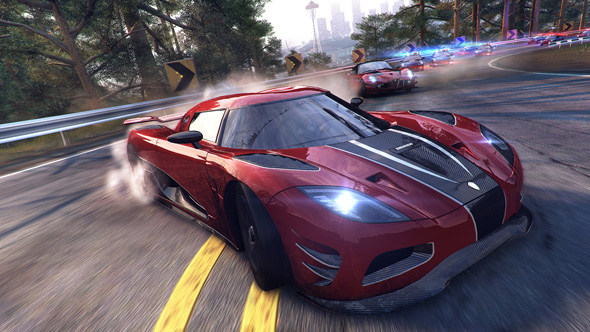 First off, feel free to jump down to the bottom of the post for the list of 50 achievements that go along with The Crew. The list is in ascending order of gamerscore.

Well here is Ubisoft’s final big release of the 2014 season. The studio, which this year has been incredibly generous with their achievement lists, has really outdone difficulty this time around. A lot of these are small point achievements (10-15 gamerscore range), but all of them seem tedious or difficult.

First, lets start with the multiplayer achievements. Since this is supposed to be an “always online” type of game (Ubisoft seems to love those nowadays), it’s important to make sure you are up for the online part of this. From a quick count, there will be between 12-15 achievements tied to online interactions. Out of 50 achievements, this is a lot of the gamerscore. Ubisoft has also exclaimed that most of the game is doable within yourself and you can choose to be a loan wolf, but there will be tons of added bonuses if you play most of your experience with a crew.

The crew system is rather interesting as it appears you can do most “single-player” missions with someone in your crew. Hopefully this means that the achievement list will be easier for those more open to multiplayer experiences but overall it doesn’t change the relative difficulty.

This achievement list has you do just about everything and everything means earn platinum medals on all the story missions in the game. If its like most games with a rating system, this will be a pain for those not willing to drop 50-60 hours in this game.

Achievement series like the “Earn a story mission platinum medal in a ____ Spec Car” will be challenging in their own right because it forces people to really push how they approach the game. While this is fine because Ubisoft wants you to experience the whole package, it is just downright tedious.

Overall, you have to earn as much money as possible, do it as quick as possible and make sure you are in a crew at all times. Tedious and long, this achievement list will probably push how you play the game and how long you play the game. The good thing about this list overall, is it comes at the end of the season. After next week’s launch of The Crew, there isn’t really much added to the end of the holiday season, so achievement hunters are about to begin their backlog of achievement hunting (or if you are attempting the MCC perfection race, not even close to beginning the backlog).

This list is hard and tedious but doable in a certain amount of time. Good luck! And we feel like this should be mentioned due to the trouble Ubisoft has been having for all of their major releases, don’t expect The Crew to be operational at launch. It pains me as a long time Ubisoft fan to say this but their recent track record suggests the online capabilities of The Crew will be shaky at best.