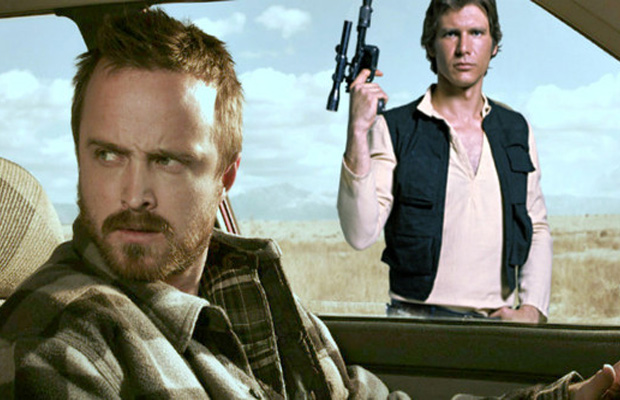 According to a recent post by Jason Ward, EIC of Making Star Wars, Breaking Bad star Aaron Paul is in talks to star in the new Star Wars spin-off. All of the details about the spin-off film are purely rumor at this point, however, we do know that the film is meant to revolve around Han Solo and Chewbacca. The actor recently participated in Jason Reitman’s live script reading of The Empire Strikes Back, taking on the role of Luke Skywalker for the reading. Recent reports claim that the film is code named “Luminac Industrial Goods” for now, and will likely be filmed outside of London sometime in 2015 at Pinewood Studios in order to make its targeted release in late 2016.

Other reports suggest that the film will be released between JJ Abrams Star Wars: The Force Awakens and Rian Johnson’s Star Wars: Episode VIII. With more than a year until the release, we will have to wait for more details from Disney Pictures as the cast and other production details develop.