6 Things To Know Before Seeing ‘Sin City: A Dame to Kill For’ 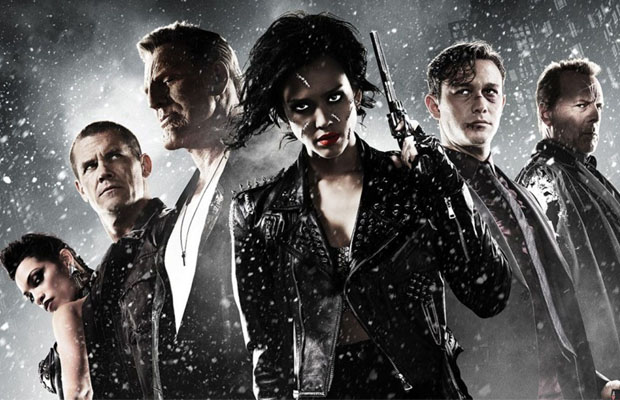 Nearly a decade after the release of the original film, we’re finally getting a sequel to Sin City. Frank Miller and Robert Rodriguez are jumping into the director’s chair for the big-screen adaptation of A Dame to Kill For, shooting the entire follow-up in a monochrome format similar to the comic book series written by Miler and featuring all sorts of new digital imagery. As the film gets set to hit theaters in the coming days, Evolve put together a guide to serve as a refresher for the franchise, which features a series of new stories that come together and lead to mayhem. Read up on the 6 Things to Know Before Seeing Sin City: A Dame to Kill For. 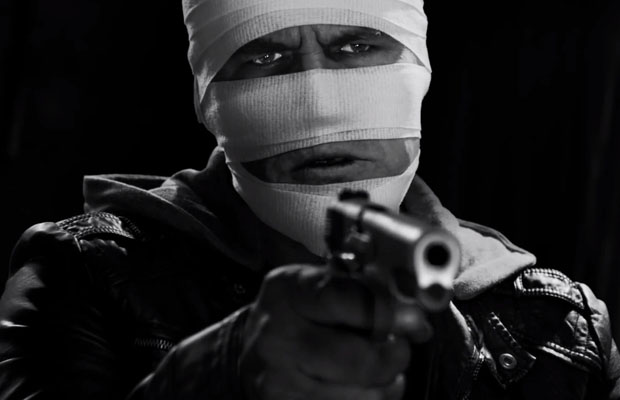 There Has Been A Lot of Recasting

Whether due to untimely deaths, pregnancy, or plastic surgery, there has been a fair amount of recasting for this sequel—making many critics and fans uneasy about the outcome of the film and how the new cast members will interact on screen. Both Brittany Murphy and Michael Clarke Duncan had to be replaced as they have passed away in the years between the two films. Duncan’s character, Manute, will be played by Dennis Haybert in the sequel, whereas Murphy’s character, Shellie, has been edited out of the plot–an interesting choice, seeing as she played a fairly integral role in the comic version of the plot.

Also being replaced are Devon Aoki (Miho) and Michael Madsen (Bob). Jamie Chung will now play the former due to Aoki’s pregnancy at the beginning of shooting, and Jeremy Piven will portray Bob for undisclosed reasons.

Significant to the plot: Clive Owens is not returning to play Dwight, due to the fact that his character underwent facial plastic surgery between the two stories, so it makes sense that another actor is taking over the role. Josh Brolin will step in, as he is meant to look completely different in the segments of the film that he is featured in. 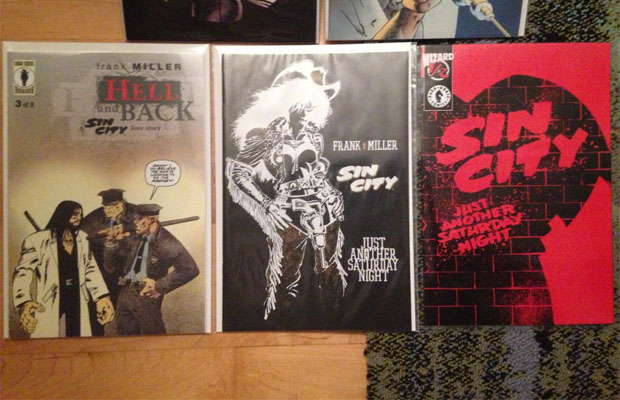 As in the original, the plot is made up of multiple comic strips that follow the various characters and their interconnected lives. Sin City: A Dame to Kill For focuses on the comic, which the title is based on, but also takes plot details and character development from three other’s in Frank Miller’s collection: Just Another Saturday Night, The Long, Bad Night, and The Fat Loss.

Saturday Night follows the character of Marv (Rourke) as he meets up with Nancy (Alba) after regaining consciousness surrounded by several dead bodies, but he doesn’t recall how he came to be there. In the title comic, A Dame to Kill For, Dwight (Brolin) and Ava (Green) reunite in her attempt to escape from her abusive husband. As her former lover, Dwight quickly falls for her as they work together, it turns out Ava has some pretty sinister intentions than he may have originally realized. The Fat Loss is supposed to be set after John Hartigan’s (Willis) suicide in the previous film, and follows Nancy, who is out for revenge of his death, and has hardened since the last film left off. 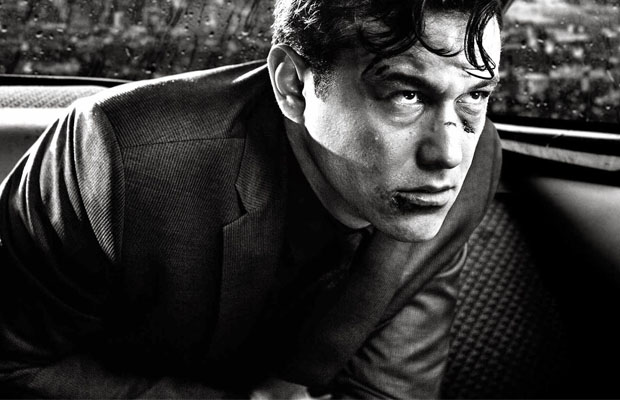 The fourth sub-plot, centering on Gordon-Levitt’s character Johnny, was written specifically for the movie, and therefore has never been read by fans or featured in the comic book series. The story follows Johnny through his gambling struggles, and the conflicts that he faces after beating the wrong man at the table. His mission is sidetracked when meeting a young stripper named Marcy, who is played by Julia Garner in the film. Since there are no expectations for this unpublished section, moviegoers can focus on JGL and his character’s torment on screen. 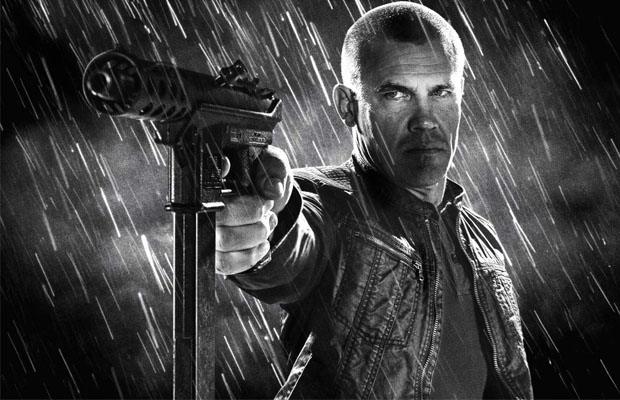 Less Violent The Second Time Around

Also interesting to note, some of the “more offensive” elements of the plot surrounding the strippers are not as present this time around. Instead the sequel focuses on a “video game” style of violence and action. Although the film rating has not yet been announced, sources have gathered that the violence and abuse is being turned down a notch for the second installment. Since the film is in 3D, any scenes of violence would only be more accentuated by the in-your-face aspect of the form. On a positive note, JGL said that the final product, “create[s] a heightened world unburdened by the look and feel of reality”. 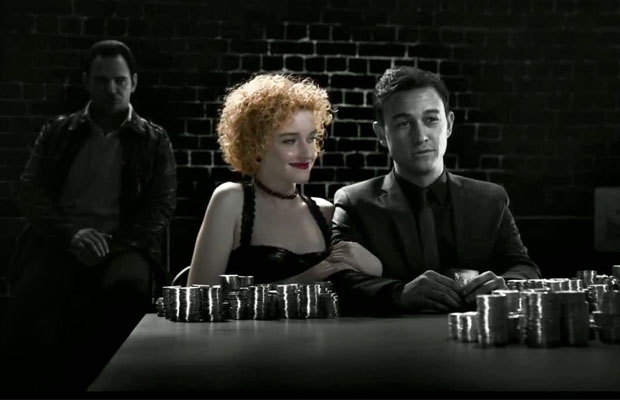 The Visuals Have Enhanced

It might sound pretty obvious that the technology used for filming has changed over the past decade, but these changes in cinematography are apparently quite noticeable in Dame according to sources at Comic-Con 2014. On their panel, Rodriguez and Miller were asked about the filming process, and commented on how filming has changed since the original Sin City. Both noted the use of newer, bigger cameras, as well as the occasional use of smartphones. Rodriguez shared that he often wrote songs for the film on his phone while on set, an advantage that made the process more efficient and immediate.

Probably most significant though, is the use of the green screen this time around. The pair shared that Brolin and Rourke never actually filmed together, despite the fact that they are in many scenes—a disappointment for Brolin, who had looked forward to working in-person with the Oscar nominee. At times there would be just a couch on set, which required the actors to be very focused and use their imagination in order to create a positive final outcome post-production. Attendees of Comic-Con, who saw a sneak preview of the film itself said that the visuals, “showed the comic on the screen, not a comic translated to film.” The layering result of the green screen is meant to make the visuals appear like the original illustrations in Miller’s comics. 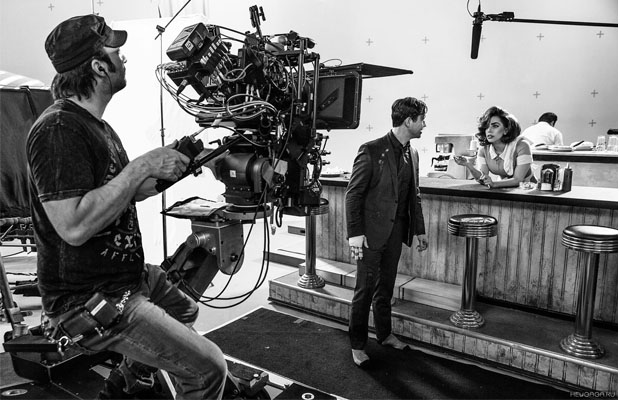 There is ALREADY Talk of a Sin City 3

Even though it took nine years for the sequel to come around, there is already talk of a third film being produced in the future. Miller told the crowd at Comic-Con 2014: “Robert and I are already talking about Sin City 3. So you better show up for number two, or they won’t pay for it!” He also added that a new graphic novel for the series is “inevitable,” but not immediate. Miller left the audience with the vague response, “I have stories…” hinting at possible future collaborations. Rumor has it the proposed threequel would be based on Miller’s Hell and Back, which makes the most sense in continuing the story. For now though, the studio will just have to wait and see what A Dame to Kill For pulls in at the box office before making any plans to move forward with a follow-up.