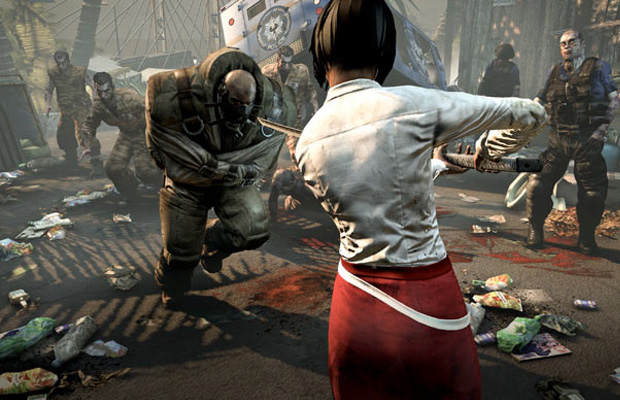 Outrageous for the Sake of being Outrageous

Terrible dialogue, horrible voice acting, and over-the-top weapons like a machete with two blowtorches—Riptide is basically a b-horror film disguised as an awesome video game. From the looks of it, expect the title to play out like a Grindhouse flick (hopefully Planet Terror), while mixing the premeditated suspense of the earlier Resident Evil games and the playful vibe of the House of the Dead series. We can’t stress the killing tools enough, as you can use anything from a boat to even a nail gun, which players can reuse over again after collecting nails plunged into the heads of dead zombies. Outrageous horror always makes for great fun.