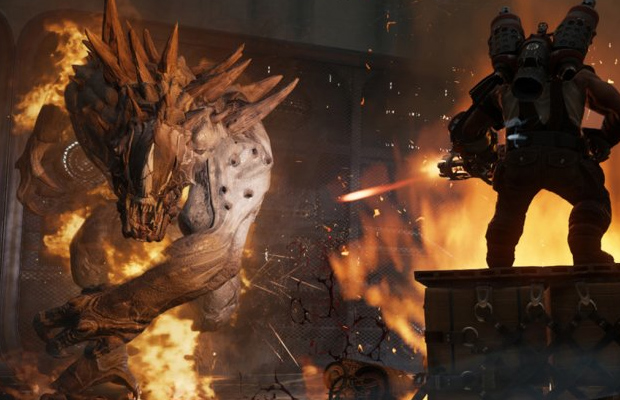 This weekend is going to be a very busy one for players of the popular new game Evolve, specifically because of a recent announcement from developers 2K. As of this weekend players who jump onto Evolve will unlock an extremely rare Dev-only molten gold colored Monster skin without any sort of charge or various other requirements outside of just playing one match online. The event is set to start March 5th at 9 PM, and will end at around the same time on the 8th so players have a relatively long gap to play in order to get this skin if they really want to.

This is not the only major event to occur this weekend, as the developers are also going to be joining in on the action themselves. So players can not only get a skin designed for just the developers but also fight alongside or against them during each round. This is definitely going to be a fun weekend for Evolve players to jump on if they haven’t played in a while.