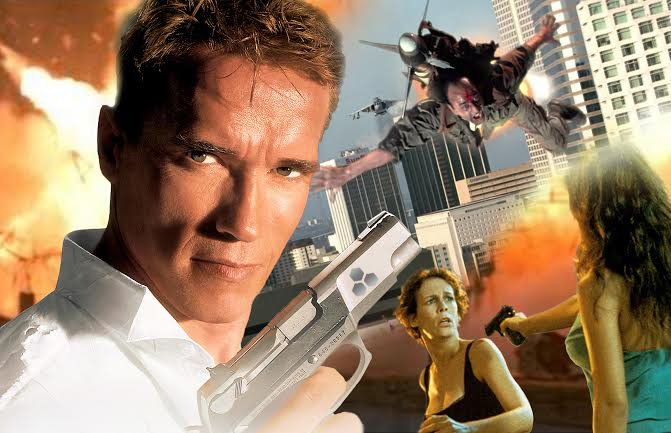 Twenty years ago, James Cameron stepped out of his sci-fi comfort zone and brought us the classic spy film: True Lies. Action legend Arnold Schwarzenegger took on the role of a Harry Tasker—a salesman who lives a double life as a covert anti-terrorist operative under the employ of the government—who must keep his identity a secret from his family and save the world from a Palestinian terrorism organization. The experimental recipe of comedy and espionage proved magical, as the movie managed to balance great action sequences and hilarious dialogue, culminating into a summer blockbuster. In celebration of its 20th Anniversary, we dug through the production notes to assemble some fun facts you might or might not know about the film. Here are 25 Things You Didn’t Know About True Lies.