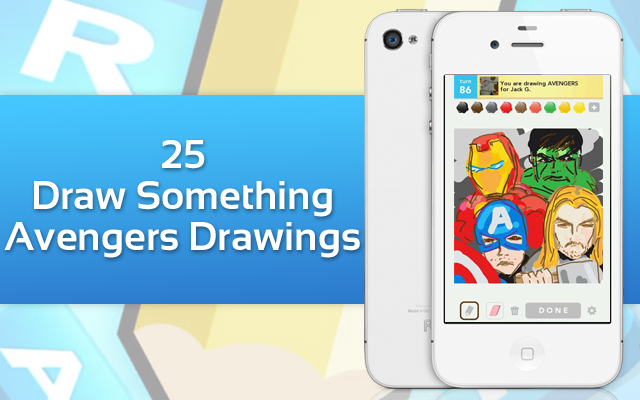 With over 50 million downloads and 3 billion sketches collected: What else can be said about Draw Something? It’s clearly the hottest and most wanted mobile app on the market. OMGpop’s program has inspired an endless number of Android and iOS users to engage in its addictive gameplay, having players crafting a sketch and the opposition guessing the image. Most importantly, it’s given artists a platform to showcase and share their creative portraits. One trend we caught wind of recently on Draw Something is Marvel characters, specifically The Avengers. With the blockbuster film already in theaters, we chose to pay homage to the most powerful supergroup ever assembled. No pun intended. Geek out over these awesome Draw Something Avengers pics. Think you can do better?