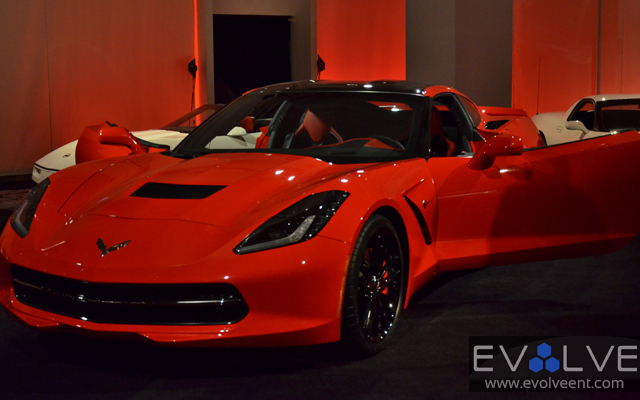 After drawing some serious buzz at the 2013 Detroit Auto Show, GM looks ready to steal the No.1 spot on the sports car front with the 2014 Corvette Stingray. The next-gen coupe was constructed from the ground up and dons a gorgeous design that only compliments its sheer power. A 6.2-liter small box V8 powers the vehicle, pushing over 450 hp and 450-lb-ft torque, while shooting past 0 to 60 in four seconds. On the flip side, the exterior flaunts an all-new aluminum chassis and body frame made form carbon fiber reinforced plastic. All fine and dandy to us. But what’s good with the interior?

We caught up with the Director of Interior Design at Chevy, Helen Emsley, to discuss some of the car’s central touchstones. One word to describe it: official. Here’s an up-close at the 2014 Corvette Stingray.