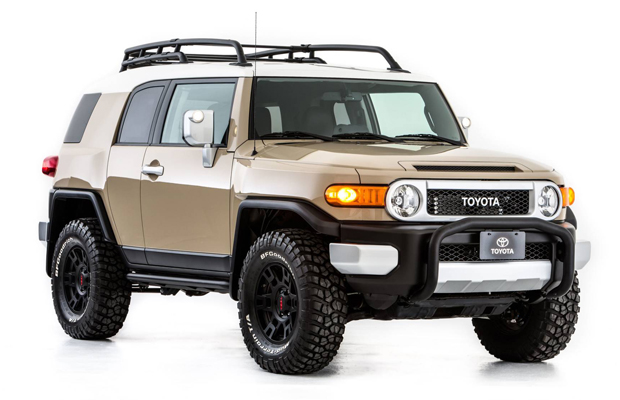 It’s been nearly a decade since Toyota introduced its concept SUV known as the FJ Cruiser at the 2003 North American International Auto Show. The compact truck caught on with off-road enthusiasts and solidified a strong reputation as one of the industry’s premier SUVs. The Japanese automaker recently launched its 2013 model, which according the company “uniquely melds the brand’s off-road performance legacy with distinct heritage design in a modern SUV.” Well said. From its extremely spacious (and comfortable) interior to its all-terrain capabilities, the SUV bears a number of strong points that make it highly notable auto option. Need more convincing? Here are 7 Reasons to Love the 2013 Toyota FJ Cruiser.

Related: The 10 Most Anticipated Cars Appearing At the 2013 Detroit Auto Show
Related: 5 Things You Should Know About The 2013 McLaren P1
Related: 5 Reasons to Love the 2013 Ferrari F12 Berlinetta