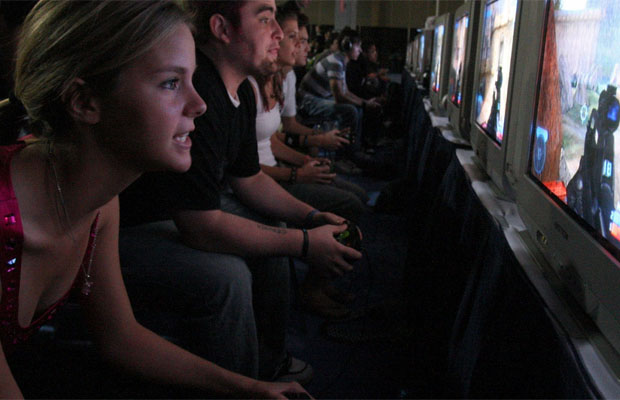 Speedrunning has been a popular challenge for hardcore gamers that predates back to the ‘80s. However, as games have gotten longer and more complex to beat, speedrunners have only become more creative, with their achievements standing out much more impressively. Utilizing glitches, split-second timing, and phenomenal skills, these gamers have found ways to shave off every extraneous seconds of gameplay. The following ten videos are particularly awe-inspiring examples of speedrunning talent. From Halo to Zelda, sit back and learn a few lessons as we present the 10 Craziest Video Game Speedruns.

An amazing run-through of Portal in less than 10 minutes, this speedrun utilizes no mods, hacks, or modifications, but instead relies on a huge number of glitches allowing the player to escape the programmed game area and skip ahead to other parts of the map. The resulting video is almost surreal at times, as the speedrunner uses the Portal gun to slip through walls and even find the mysterious room with GLaDOS’s cake. Though this method forces the speedrunner to miss most of the story beats in the game proper, it does allow the viewer to hear many of GLaDOS’s funniest lines all in one video.

No Points, No Problem

This particular run is notable not for speed, but for the mastery with which the player manages to avoid any opportunity to get points. He avoids every coin, doesn’t stomp on a single enemy, and lets the timer run down to a zero on the few castles he encounters so that he only gets a hundred points per level. The end result is that the player completes the game with an astonishing five hundred points, the absolute minimum possible. This is not nearly as easy as it sounds—after all, the Mushroom Kingdom, despite its fun name, is hardly the friendliest of places, and getting past all those Koopas and Hammer Bros. without the option to kill any of them is no easy task.

Speedrunners have been seeking for new ways to breeze through The Legend of Zelda: Ocarina of Time since its N64 release. And in the more than a decade-and-a-half since the title’s launch, they have dug up an impressive number of glitches to help them move through the epic with amazing speed. This example is believed to be the current world record, though it’s very possible that Cosmo or another speedrunner will soon be able to get down an even better time. The speedrun contains some truly astounding moments, like Link being knocked off Gannondorf’s tower into a glitch oblivion or Kid Link taking down Gannon with a Deku stick.

If there is any game series that embodies the saying, “It’s not the destination, it’s the journey,” it would be the Elder Scrolls. While the games all do have interesting and complicated plots, ultimately most of the fun comes not from rushing through the story, but from leisurely exploring and experiencing the rich and detailed worlds created by Bethesda Softworks. But in case that’s not really your thing, this video shows you how to beat Morrowind in less than five minutes. Turns out the key to this speedrun is the seemingly useless Scrolls of Icarian Flight, a type of scroll that most Morrowind players dismissed as a joke.

Of all these speedruns, this one is probably the most impressive to watch. And the cool part isn’t even the glitches that Mitjitsu exploits to skip all the levels in which one can earn Stars. It’s watching Mario move through the boss stages with so much skill and style that it would make Neo from The Matrix jealous. While this particular speedrun was only made possible with the use of tool assistance, the result is so much fun to watch that we’re willing to give Mitjitsu a pass for that.

You may notice this particular video is a lot longer than all the others. That’s because the speedrun does not rely on exploiting huge glitches or fancy tools to skip large parts of the game. Nope, this is just one gamer, Andrew Halaboura, barreling through the original Halo on Legendary difficulty as fast as he can. There are videos showing faster speedruns of Halo, but those are made in segments; what is truly astounding about this video is that Halaboura completed this entire run in one sitting. While the resulting video isn’t quite as surreal as the glitchy Portal or Ocarina of Time speedruns, or as jaw-dropping as the Super Mario 64 tool-assisted video, Halaboura’s skill is nonetheless immediately apparent and his achievement remains very impressive.

Two Mega Man Runs at Once

This speedrun is a little different. Gamer DeHackEd doesn’t go through an entire game, just a couple of levels, and not even all that quickly. So what about this run merits its inclusion on this list? Well, the fact that DeHackEd is playing both games, Mega Man X and Mega Man X2, simultaneously, with only a single controller. DeHackEd has also completed a simultaneous run of the entirety of both games, but that feat was accomplished with a tool-assisted emulator. The run depicted in this video was made without any adjustments or glitches, making it all the more awe-inspiring.

This particular speedrun relies not so much on glitches and tricks as on the runners’ intimate familiarity with the entire Half-Life map. Made by eight gamers in over 300 segments (most of which were under five seconds), the resulting video is still a joy to watch. The gamers’ desire to get through as quickly as possible makes them oddly pacifistic, killing enemies only when absolutely necessary. The relatively few times they do need to take out opponents leads to some of the video’s coolest moments, like when the player throws a grenade up an elevator to take out an enemy not even in sight yet.

Oblivion Ends Not With A Bang. . .

This unfortunately soundless video takes advantage of a particularly egregious skip glitch to jump straight from the end of Oblivion’s first level to the end of the game’s final battle. Again we see that one of the keys to speedrunning is finding out spots in the game’s world where you can escape the boundaries of the programmed map to move more quickly from area to area. In this case, falling through the map allows the player to skip not only a few tunnels, but the entirety of the game’s plot.

The Metroid series popularized the art of speedrunning, since the game offered rewards for quick completion and the games’ labyrinthine worlds allowed for sequence breaking. As such, no list of crazy speedruns could be complete without a Metroid speedrun. Like Halaboura’s Halo run, Satoru Suzuki here doesn’t rely on skip glitches or tool assists, just his own phenomenal skill on the SNES classic. The player’s utilization of wall jumping and shinesparking make the video particularly impressive to watch. He even manages to rescue the Dachora and Etecoons at the game’s end.